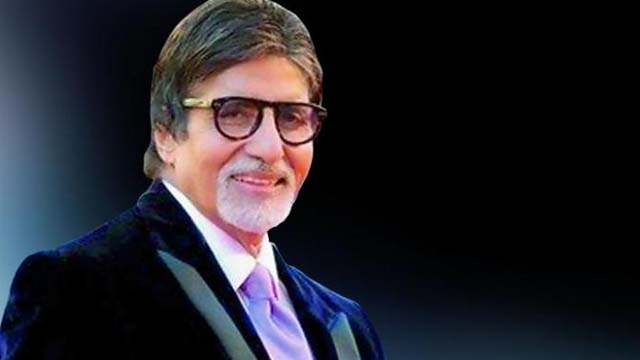 Amitabh Bachchan, born October 11, 1942, is a film actor, film director, film producer, music composer, television host and former Indian politician. He first gained popularity in the early 1970s for such films as Zanjeer, Deewaar and Sholay, and was dubbed the “angry young man” of India for his screen roles in Bollywood. Nicknamed the Bollywood Shahenshah, Sadi Ka Mahanayak (“Best Actor of the Century” in Hindi), Star of the Millennium or Big B, he has since appeared in more than 190 Indian films over a career spanning nearly five decades. Bachchan is widely regarded as one of the most influential and influential actors in the history of Indian cinema and world cinema. His domination of the Indian film scene in the 1970s and 1980s was so complete that French director François Truffaut called it a “one-man industry”.

Amitabh Bachchan has received many honors throughout his career, including four national film awards as best actor and numerous awards at international film festivals and award ceremonies. He has won fifteen Filmfare Awards and is the most nominated artist of all major categories of Filmfare actors, with 41 nominations in total. In addition to acting, Bachchan has worked as a backing singer, film producer and television host. He has hosted several seasons of the television game show Kaun Banega Crorepati, the Indian version of the quiz game franchise Who Wants to Be a Millionaire? He also entered politics for a time in the 1980s.

The Indian government awarded him Padma Shri in 1984, Padma Bhushan in 2001 and Padma Vibhushan in 2015 for his contributions to the arts. The Government of France honored him with his highest honor, Chevalier of the Legion of Honor, in 2007 for his outstanding career in the film world and beyond. Bachchan also made an appearance in a Hollywood film, Baz Luhrmann’s The Great Gatsby (2013), in which he played a non-Indian Jewish character, Meyer Wolfsheim.

Amitabh Bachchan is a graduate of Sherwood College in Nainital. He then attended the Kirori Mal College of Delhi University. He has a younger brother, Ajitabh. Her mother was very interested in theater and was offered a role in the feature film, but she preferred to take on her chores. Teji had an influence on Amitabh Bachchan’s career choice because she always insisted that he should “take center stage”.

He is married to actress Jaya Bhaduri.