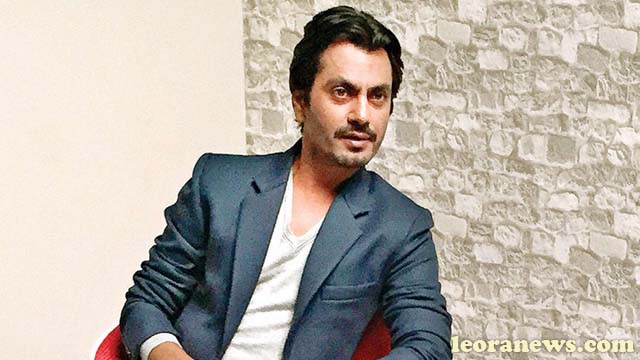 Nawazuddin Siddiqui is an Indian actor, known for his works in Hindi cinema. He is a former student of the National School of Dramatic Art. Siddiqui has appeared in four major films, winning the title of Groundbreaking Talent at the 2012 GQ Men of the Year Awards. Siddiqui’s feature debut was alongside director Prashant Bhargava in Patang (2012), which premiered at the Festival. from the 2012 Berlin film, for which Nawazuddin Siddiqui was awarded the Thumbsup Trophy by film critic Roger Ebert. He also gained international recognition for his work alongside director Anurag Kashyap in Black Friday (2007), the Gangs of Wasseypur duology (2012) and Raman Raghav 2.0.

Siddiqui was born on May 19, 1974 in Budhana, a small town and tehsil in Muzaffarnagar district, Uttar Pradesh, India, to a Zamindari Muslim family of Lambardars. He is the oldest of his eight siblings and spent most of his youth in Uttarakhand.

He obtained a Bachelor of Science in Chemistry from Gurukul Kangri Vishwavidyalaya, Haridwar. Subsequently, he worked as a chemist in Vadodara for a year, before moving to Delhi in search of a new job. Once in Delhi, he was immediately drawn to the theater after watching a play. In an effort to gain admission to the National School of Drama (NSD) in New Delhi, he performed in over ten plays with a group of friends, including one in Dehradun, to fulfill one of the criteria for admission.

Siddiqui lives in Mumbai with his younger brother, Shamas Nawab Siddiqui, who is a director. Nawazuddin is married to Aaliya and they have a daughter, Shora, and a son, Yaani, born on the actor’s 41st birthday. On May 19, 2020, his wife Aaliya revealed in an interview with The Indian Express newspaper that she had sent a legal notice seeking divorce to end their 11 years of marriage and revert to her original name Anjana Kishor Pandey.

Despite being very busy filming, Siddiqui continues to take the time to farm in his hometown of Uttar Pradesh. It aims to educate farmers on the new techniques available and how they can best help them. He also implemented new irrigation techniques in Budhana, which has helped the farmers immensely.