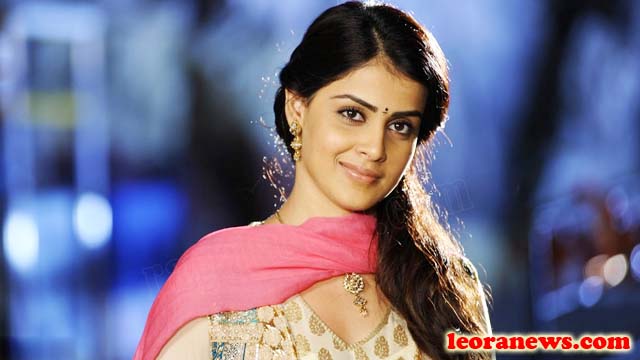 Genelia D’Souza was born 5 August 1987 is an Indian actress and model. She has appeared in South Indian cinema and Bollywood films. After being noticed in a Parker Pen advertisement with Amitabh Bachchan, Genelia began her acting career with box office success Tujhe Meri Kasam in 2003. She was recognized for her role in Boys the same year and became then established at Telugu Cinema. Acting in several Telugu films during the period 2003-2012.

Genelia received her first Filmfare Award in 2006 for her performance in the award winning Telugu romantic film Bommarillu. In 2008, she gave critically acclaimed performances in Santosh Subramaniam, a Tamil remake of Bommarillu, and Bollywood film Jaane Tu … Ya Jaane Na. Having performed in several blockbuster films in Telugu and Tamil,

Genelia has established herself as one of the leading actresses in the South Indian film industry. In addition to the lead role, Genelia hosted the Big Switch TV show, and is the brand ambassador for Fanta, Virgin Mobile in India, Fastrack, LG Mobiles, Garnier Light, Margo and Perk in India.

D’Souza is deeply religious and says she regularly attends Sunday mass at St. Anne’s Parish (Bandra), and whenever the family is at home, part of their evening is set aside for reciting the rosary together. In an interview with The Times of India, she comments: “I do a novena every Wednesday at St. Michael’s Church in Mahim.”

The tabloids have repeatedly linked D’Souza with Ritesh Deshmukh, since they starred together in their first film Tujhe Meri Kasam in 2003. They were reportedly ready to get engaged, but Ritesh’s father, then formar chief minister of the Maharashtra, Vilasrao Deshmukh disagreed. D’Souza later denied any rumors of a relationship with Deshmukh, and replies that she was just on friendly terms with him. However, the couple finally got married on February 3, 2012, according to Marathi wedding traditions in a Hindu wedding ceremony, they performed a Christian wedding in church the next day. The couple’s first child, a son named Riaan, second son name Rahyl.