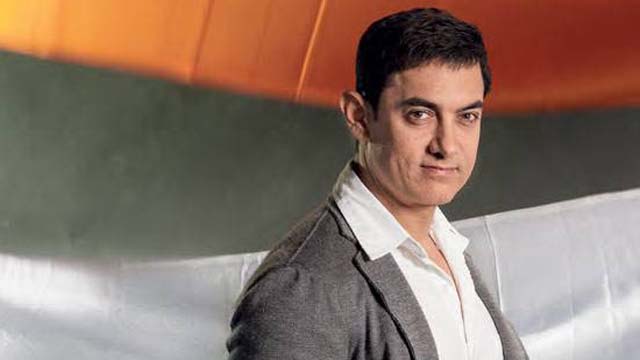 Mohammed Aamir Hussain Khan also known Aamir Khan was bnorn on March 14, 1965,  is an actor, director and Indian filmmaker. During his thirty-year career in Hindi films, Khan has established himself as one of the most popular and influential actors in Indian cinema. He has a large client base in India and China and has been described by Newsweek as “the greatest movie star” in the world. Khan has received numerous awards, including nine Filmfare Awards, four National Film Awards and an AACTA Award. He was honored by the Indian government with Padma Shri in 2003 and Padma Bhushan in 2010, and received an honorary title from the Government of China in 2017.

On December 28, 2005, Khan married Kiran Rao, assistant director of Ashutosh Gowariker during the filming of Lagaan. On December 5, 2011, Khan and his wife announced the birth of their son, Azad Rao Khan, through a surrogate mother. In 2007, Khan lost a battle for the custody of his younger brother Faisal against their father, Tahir Hussain. His father died on February 2, 2010.

A practicing Muslim, Khan and his mother Zeenat, performed Hajj in 2013, an annual Islamic pilgrimage to Mecca, Saudi Arabia, as well as a mandatory religious duty for Muslims. His wife Kiran Rao is a Hindu. In March 2015, Khan said that he had stopped eating non-vegetarian food and had adopted a vegan lifestyle after being inspired by his wife.

In the film world and beyond, Khan is an activist and a humanitarian. He participated in various social causes, some of which sparked political controversy. He has created and hosted the Satyamev Jayate TV talk show, through which he highlights sensitive social issues in India, sometimes influencing the Indian Parliament. Her work as a social reformer, addressing issues ranging from poverty to education to abuse and discrimination, earned her the Top 100 list of the most influential people in the world in Time 100. Khan was married to his first wife, Reena Dutta, for fifteen years, after which he married director Kiran Rao. He has three children – two with Dutta and one with Rao by surrogacy.