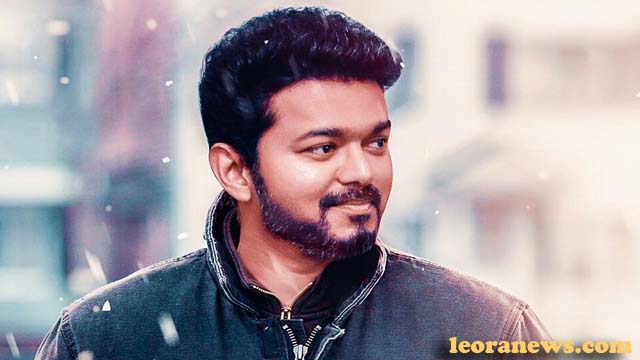 C.Joseph Vijay, known professionally as Vijay, is an Indian film actor and singer who works in Tamil cinema. He is one of the highest paid actors in Tamil cinema. Fans and media call Vijay Thalapathy (commander).

Vijay was born on June 22, 1974 as Joseph Vijay in Madras (now Chennai). He is Roman Catholic. He received his first communion in a church in Chennai. His father, S.A. Chandrasekhar, is a Tamil director and his mother, Shoba, is a backing singer and a carnatic singer. He had a sister Vidhya, who died at the age of two. Vidhya’s death greatly affected. His mother said that Vijay, who was very talkative, ugly and hyperactive as a child, was silent after Vidhya’s death. The story of his brother Vidhya is described in the 2005 film Sukran, where he played a long cameo.

He married one of his fans, Sangeetha Sornalingam, on August 25, 1999, a Sri Lankan Tamil Hindu British. They have two children, a son, Jason Sanjay, born in 2000 in London and a daughter, Divya Shasha, born in 2005 in Chennai. Jason Sanjay made an appearance with his father at Vettaikaaran (2009) and Divya Shasha played a small role as his father’s teenage daughter in Theri (2016).

At the age of ten, He made his cinematic debut in the drama Vetri (1984). He continued to perform as a child artist in films until Ithu Engal Neethi (1988), directed by his father, S. A. Chandrasekhar. He then starred in the film Naalaiya Theerpu (1992) at the age of 18, in a lead role, also directed by his father, but he proved himself in the film Poove Unakkaga (1996), directed by Vikraman. To date, he has played in 61 films as a lead actor and has won numerous awards, including three Tamil Nadu State Film Award, a Cosmopolitan Award, an Indiatoday Award, a SIIMA Award, eight Vijay Awards, three Edison Award and two Vikatan Awards. and a National Award UK.