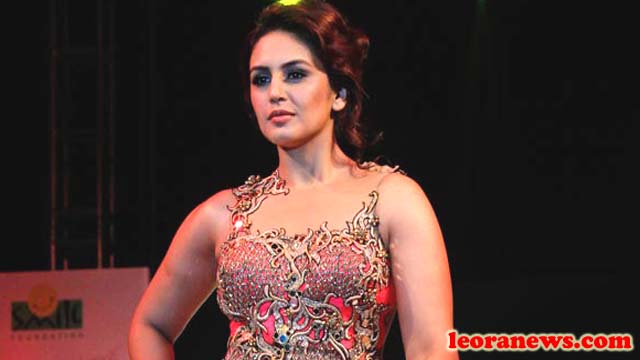 Huma Saleem Qureshi was born on July 28, 1986 is known also Huma Qureshi an Indian actress and model, who has received three nominations for the Filmfare Awards.

Huma Qureshi earned an Honors BA in History from Delhi University. She worked as a theater actress and model. After working in several theatrical productions, she moved to Mumbai and signed a two-year contract with Hindustan Unilever to appear in television commercials. Anurag Kashyap noticed her talent as an actress and hired her for a three-film deal with her company.

Huma Qureshi was born on July 28, 1986 to a Muslim family in New Delhi, India. His father, Saleem Qureshi, is a restaurant owner who runs a chain of restaurants (Saleem); his mother, Ameena Qureshi (a cashmere), is a housewife. She has three brothers, including the actor Saqib Saleem. The family moved to Kalkaji, in southern Delhi, while Qureshi was a child. She completed her BA in History with honors from Gargi College – University of Delhi. Later, she joined Act 1 theater group and played in some theatrical productions. N. K Shrama was her mentor and acting teacher, who made her understand that she could act, she learned the first things to play with him during his theater days. She worked with several NGOs and helped a documentary filmmaker.

In 2008, she moved to Mumbai to audition for film roles, to audition for a film, Junction, which was never realized: “I never thought about coming to Mumbai or being an actress, but when my friend called for an audition for a film called Junction, it made me think, but the film was never made. ” Qureshi signed a two-year contract with Hindustan Unilever to appear in their TV commercials. She has promoted a range of products, including Samsung Mobile (with Aamir Khan), Nerolac (with Shah Rukh Khan), Vita Marie, Saffola Oil, Mederma Cream and Pear Soap. In a photo shoot for a Samsung Mobile ad, director Anurag Kashyap was impressed by her talent as an actress and promised to use it in a film. Qureshi recalled, “I did not believe it then.You hear a lot of stories like this in this industry, so I was not looking forward to it.” Kashyap kept his promise, however, by signing it for a three-film deal with his company Anurag Kashyap Films.

Huma Qureshi made her film debut with a supporting role in the two-part drama Gangs of Wasseypur (2012). Her performance in the film has earned her several nominations, including the Filmfare Award for Best Female First Award and Best Supporting Actress. The same year, she starred in the novel Luv Shuv Tey Chicken Khurana, and played a role in Ek Thi Daayan. She has starred in the anthology Shorts (2013), the black comedy Dedh Ishqiya (2014), the revenge drama Badlapur (2015), Highway Road (2015) and collaborative film X: Past Is Present (2015)