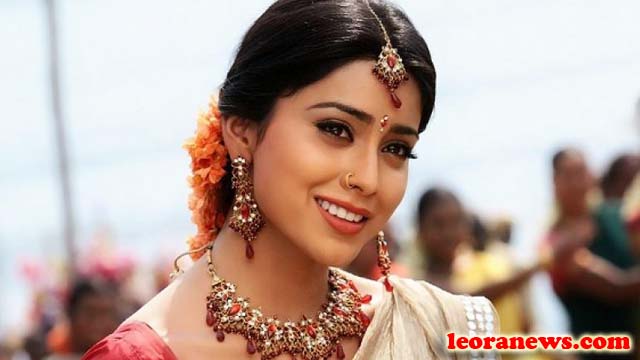 Shriya Saran was born as Shriya Saran Bhatnagar on September 11, 1982, also known under the name of Anna, an actress and Indian model known for her work in Indian cinema in the South, Bollywood cinema and American. Saran was born in Dehradun and spent most of his childhood in Haridwar. In 2001, his dancing master gave him the opportunity to appear in Renoo Nathan debut music video “Thirakti Kyun Hawa”, which has brought to the attention of many Indian filmmakers Saran. Although Saran aspired to become a well-known dancer, he was offered a leading role. Thus, Saran made his debut in the cinema in 2001 with Ishtam Telugu film and had her first commercial success with Santhosham (2002).

Shriya Saran family lived in the small town of BHEL colony in Haridwar when she was growing up. She then studied at Lady Shri Ram College in Delhi and earned a Bachelor of Arts in Literature

Saran is an accomplished dancer. She was first trained as a child by her mother in folk dance Kathak and Rajasthani, and was later trained in the Kathak style by Shovana Narayan. She has participated in many dance teams in college and with her teacher. They would integrate social issues into their dance routines

She then appeared in several other Telugu films while making routes in the Hindi and Tamil industries. In 2007, Saran starred in Sivaji, the most profitable Tamil film at that time. She was also critically acclaimed for her role in the 2007 Bollywood film Awarapan. In 2008, Saran starred in her first English film, the American-Indian co-production The Other End of the Line. Her next projects included popular films such as Kanthaswamy (2009) in Tamil and Pokkiri Raja (2010) in Malayalam – roles that established her as one of the leading actresses in the South Indian film industries.

In 2012, she was screened in the British-Canadian film Midnight’s Children, directed by Deepa Mehta, based on Salman Rushdie’s book of the same name, for which she was acclaimed by international critics.

In addition to her work in films, Saran has been the brand ambassador for brands across India, endorsing beauty and health products. Among other philanthropic activities, she has volunteered for charitable organizations. In 2011, she opened a spa exclusively for people with visual impairments. She has also been a brand ambassador for the Celebrity Cricket League for her first two seasons.