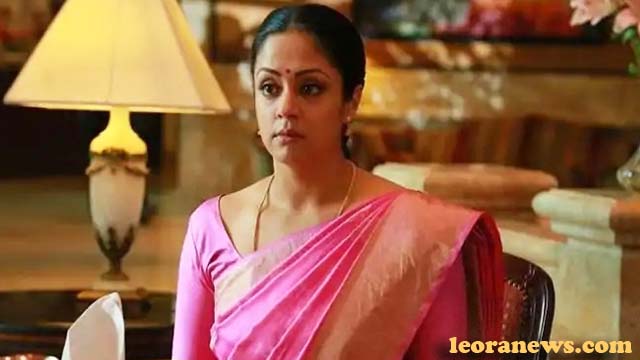 Jyothika Saravanan was Jyothika Sadanah on October 18, 1977 is an Indian actress who appears mainly in Tamil films. She has also appeared in some movies in Kannada, Malayalam, Telugu and Hindi.

She debuted at Bollywood in the Hindi film Doli Saja Ke Rakhna, directed by Priyadarshan. She played in her first Tamil film Vaali and her first film Telugu Tagore, alongside Chiranjeevi.

Jyothika left the industry at the height of her career by marrying the actor Suriya on September 11, 2006, after several years of relationship and with which she was twinned in seven films. She has won three Filmfare Awards, three Tamil Nadu State Film Awards, Dinakaran Awards, Tamil International Film Awards, and other awards and nominations. She is also a recipient of the Kalaimamani Prize.

Jyothika was born to a Punjabi father and a Maharashtrian mother. His father is Chander Sadanah, a film producer, and his mother is Seema Sadanah. The actress Nagma is her half-sister.

She graduated from Learner’s Academy in Mumbai. She then specialized in psychology at Mithibai College in Mumbai. She also has a sister Roshini (nee Radhika) and a brother, Suraj, who works as assistant director for Priyadarshan.