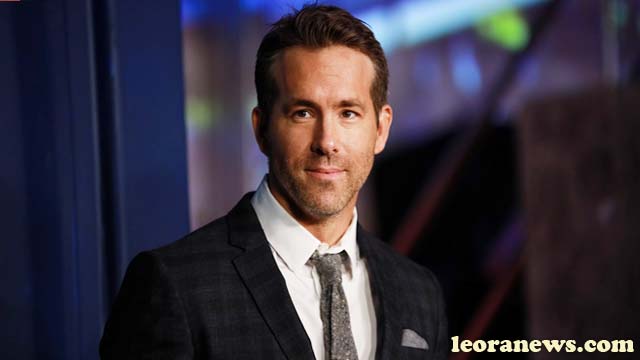 Ryan Rodney Reynolds was born October 23, 1976 known Ryan Reynolds is a Canadian actor and film producer. He began his starring career in the Canadian teen soap opera Hillside (1991-1993), and had minor roles before landing the lead role on the sitcom Two Guys and a Girl between 1998 and 2001.

Reynolds’ biggest commercial success came with the superhero films Deadpool (2016) and Deadpool 2 (2018), in which he played the main character. The former set numerous records upon release for an R-rated comedy, and his performance earned him Critics’ Choice Movie Awards and Golden Globe Awards nominations.

Reynolds received a star on the Hollywood Walk of Fame in 2017. He has been married twice: to actress Scarlett Johansson from 2008 to 2011, and since 2012 to actress Blake Lively, with whom he has three daughters.

The family resides in Pound Ridge, New York. Reynolds and Lively are close friends of singer-songwriter Taylor Swift, who named the characters in her song “Betty” after their daughters.

Reynolds has spoken openly about his long-standing struggle with anxiety, noting in 2018 that he did numerous interviews as Deadpool’s character to allay his fears. He became a U.S. citizen in 2018.