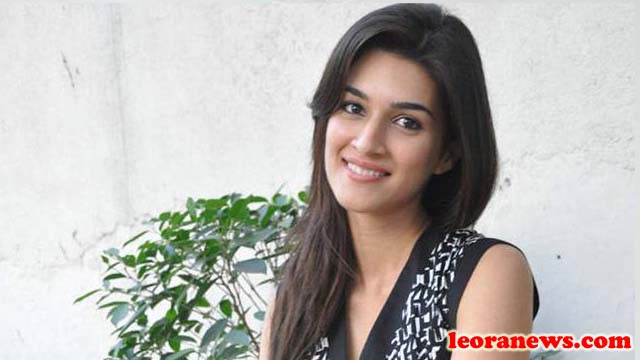 Kriti Sanon is an Indian actress who appears mainly in Hindi films. Born and raised in New Delhi, she continued her engineering studies at the Jaypee Institute of Information Technology, after which she briefly worked as a model. She debuted as an actress with Telugu 1: Nenokkadine (2014), a psychological thriller and made her first Hindi film in Sabbir Khan’s action film Heropanti (2014), for which she won the Filmfare Award.

Kriti Sanon continued to play the lead female role in two commercial hit movies, the action comedy Dilwale (2015), one of the most profitable Indian films of all time, and the romantic comedy Bareilly Ki Barfi (2017) .

Kriti Sanon was born on July 27, 1990 to Rahul, an accountant and Geeta, professor at the University of Delhi. She has a younger sister, Nupur. She attended Delhi Public School, RK Puram, and graduated from BTech in Electronics Engineering and Telecommunications at the Jaypee Institute of Information Technology in Noida, Uttar Pradesh.

She has appeared in various television commercials, supporting brands such as Close Up, Vivel, Amul, Samsung, Himalaya and Bata. She modeled for India Fashion Week 2010 Wills Lifestyle, held in Mumbai. In 2012, she participated in the International Fashion Week in Chennai and International Jewelry Week in India. Kriti has been a favorite of several well-known Indian designers for whom she has frequently modeled, such as Ritu Beri, Suneet Varma and Niki Mahajan.