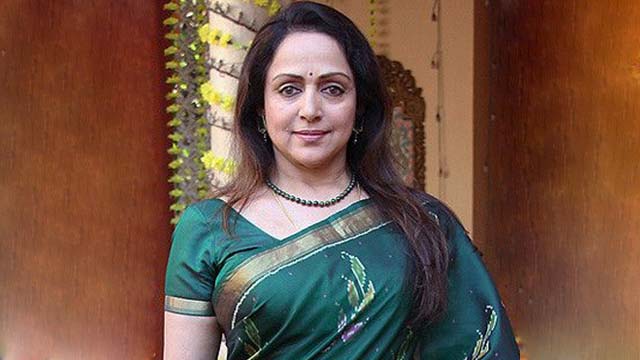 Hema Malini was born October 16, 1948, is an actress, writer, director, producer, dancer and Indian politician. In 1963, she made her debut in the Tamil film Ithu Sathiyam. Malini first played a leading role in Sapno Ka Saudagar (1968) and has appeared in many Bollywood films, mainly as principal actress. In most of her films, she played with her husband Dharmendra and with Rajesh Khanna and Dev Anand. Malini was originally promoted as “Dream Girl”, and in 1977 played in a film of the same name. She played both comical and dramatic roles, while being a dancer. She has appeared in more than 150 films.

Hema Malini was the third child of a Tamil-speaking Iyengar family to his mother, Jaya Lakshmi Chakravarti, a film producer, and VSR Chakravarti. Malini attended the Andhra Mahila Sabha in Chennai where her favorite subject was history. Malini studied at DTEA Mandir Marg (Doubtful), and in 11th Standard she left to begin her acting career.

On October 20, 2017, she became a grandmother when her eldest daughter, Esha Deol Takhtani, gave birth to a baby girl. Baby was born at Hinduja Hospital in Mumbai and was called Radhya Takhtani.

During her career, she received eleven nominations for the Best Actress Filmfare Award, winning the award in 1973. In 2000, Malini won the Filmfare Lifetime Achievement Award and Padma Shri, the fourth highest civilian honor awarded by the Indian government. . In 2012, Sir Padampat Singhania University awarded an honorary doctorate on Malini in recognition of his contribution to Indian cinema. Malini was president of the National Film Development Corporation. In 2006, Malini received the SaMaPa Award from the Sopori Academy of Music and the Performing Arts of Bhajan Sopori in Delhi for his contribution and service to Indian culture and dance. In 2013, she received the Andhra Pradesh Government’s NTR National Award for her contribution to Indian cinema.

From 2003 to 2009, Malini was elected to Rajya Sabha, the upper house of parliament, as a representative of the Bharatiya Janata party. In 2014, Malini was elected to Lok Sabha. Malini has been involved in charitable and social initiatives. Currently, Malini is also a life member of the International Society for the Consciousness of Krishna (ISKCON). She was the best actress of her time. She has been hailed by the critics for her dance and her play.