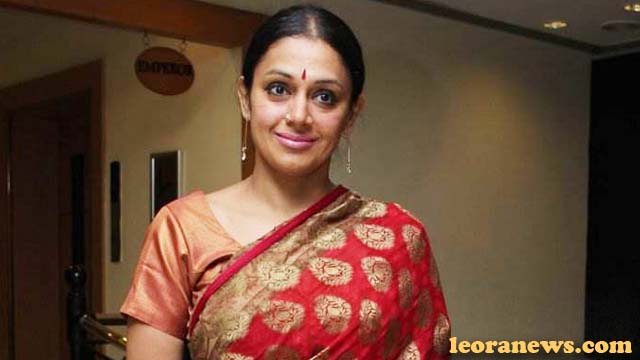 Shobana Chandrakumar is an Indian film actress and dancer bharatanatyam born March 21, 1970, better known as Shobana. She has played nearly 230 films, mostly in Malayalam, in addition to Telugu, Tamil, Hindi, Kannada and English films. She has won two national film awards, a Kerala State Film Award and many other awards.

Shobana established herself as a leading actress in the 1980s and ’90s. She has worked with directors such as Adoor Gopalakrishnan, G. Aravindan, K. Balachander, AM Fazil, Mani Ratnam, Bharathan, Uppalapati Narayana Rao and Priyadarsan. She has twice won the National Film Award for best actress for her performances in the Malayalam film Manichitrathazhu (1993).

Shobana was trained with dancers Bharata Natyam, Chitra Visweswaran and Padma Subrahmanyam. She has emerged as an independent performer and choreographer in her twenties and currently runs a dance school, Kalarpana, in Chennai. In 2006, the Indian government honored Shobana of Padma Shri for her contributions to the arts. In 2014, the government of Kerala State awarded him the Kala Ratna Award.

Shobhana was educated in Chennai at Rosary Matric Girls School. She is the niece of the Travancore sisters – Lalitha, Padmini and Ragini, who were all classical Indian dancers and actresses. The actress Sukumari was her paternal aunt. Malayalam actress Ambika Sukumaran is her relative. The Malayalam actors Vineeth is his cousin and Krishna is his nephew. She has an adopted daughter, Ananthanarayani.