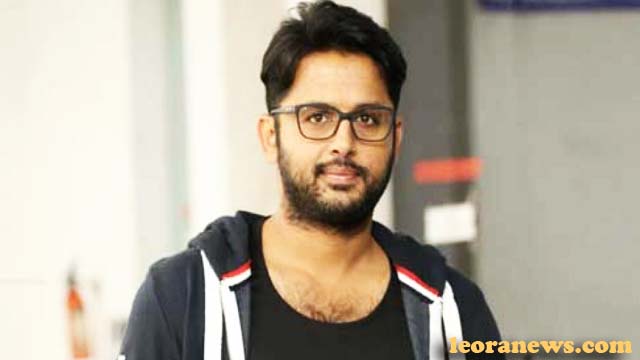 Nithiin is an Indian film actor and producer known for his works mainly at Telugu cinema. He is the son of renowned Tollywood film producer and distributor, Sudhakar Reddy.  made his film debut in 2002 with Jayam, for whom he received the Filmfare Award for Best Male Premiere – South. This film was one of the most profitable Telugu films of all time. Nithiin has become known for leading roles in critical and commercial successes such as Dil (2003), Sri Anjaneyam (2004) and Sye (2004). However, Nithiin’s career prospects declined during most of the 2000s due to a series of box office failures following this initial success. In 2009, he made his Bollywood debut with Agyaat of RGV, who failed at the box office.

Nithin was successful at the box office after eight years with the hit movie Ishq (2012), for which he was nominated for the Best Actor Filmfare Award – Telugu. After that, Nithiin managed to assert itself as a leading Telugu filmmaker by starring in critical and commercial hits such as Gunde Jaari Gallanthayyinde (2013), which earned him a new nomination for the Filmfare Award for Best actor – Telugu, Heart Attack (2014). ), and director Trivikram A Aa (2016), which ranks first in its publication. His fans call him “Youth Star”.

He is also ambassador for the Cotton King brand, the first chain of men’s shirts. He was appointed brand ambassador for the Swachh Bharat campaign with 9 other personalities from Telangana State by the former Minister of Urban Development of the Indian Union and current Vice President of India, Mr. Venkaiah Naidu , in 2015.

Nithin was born at Sudhakar Reddy and Laxmi Reddy, producers and distributors of renowned films. He has an elder sister named Nikitha Reddy