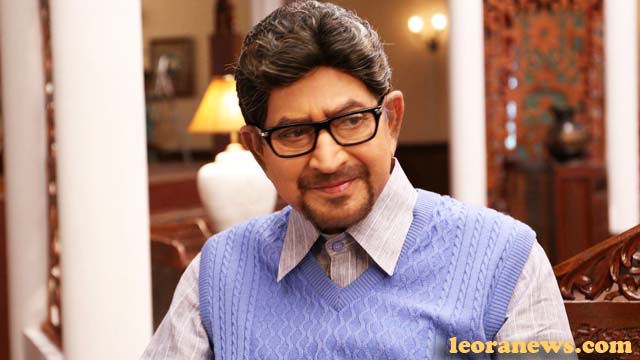 Krishna is born Siva Rama Krishna Ghattamaneni is an Indian actor, director and film producer known for his works exclusively at Telugu cinema. In a five-decade film career, Krishna has appeared in more than 350 films in a variety of roles. In 2008, he received an honorary doctorate from Andhra University. In 2009, the Indian government awarded him Padma Bhushan for his contributions to Indian cinema. He was elected Member of Parliament for the Congress Party in 1989. In 1997, he received the Filmfare Lifetime Achievement Award – South.

Krishna was born on May 31, 1943 in the village of Burripalem, mandal of Tenali, Guntur district, Andhra Pradesh to Ghattamaneni Raghavaiah Chowdary and Ghattamaneni Nagaratnamma.

In the early years of his film career, he starred in films such as Saakshi, which was critically acclaimed at the Tashkent Film Festival in 1968. In 1972, he starred in Pandanti Kapuram, who won the National Film Award for best Telugu film. for this year. He has tried roles in different genres, including mythological, dramatic, social, cowboy, western classic, folklore, action and history.

Krishna collaborated with several directors of the time such as Adurthi Subba Rao, V. Madhusudhana Rao, K. Viswanath, Bapu, Dasari Narayana Rao and K. Raghavendra Rao. He also has the record of pairing with the same actress for more than 48 films with Vijayanirmala and 47 films with Jayaprada. In December 2012, at the age of 69, Krishna announced that he was withdrawing from politics. He played two roles in 25 films and three roles in 7 films.

He has produced numerous films in his studios Padmalaya with his brothers Hanumantha Rao and Adiseshagiri Rao and has also directed 15 films.