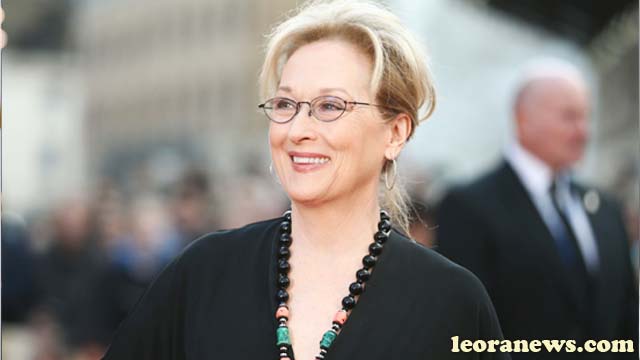 Mary Louise “Meryl” Streep was born June 22, 1949, is an American actress. Often cited as the “best actress of her generation”, Meryl Streep is known for her versatility and accents. Nominated for a record of 21 Oscars, she won three. Among other distinctions, she received 32 Golden Globe nominations, more than any other person, and won eight.

Streep made her stage debut at Trelawny of the Wells in 1975. In 1976, she received a Tony Awards nomination for best actress featured in a play of 27 cars full of cotton and A Memory of Two on Monday. In 1977, she made her screen debut in the TV movie The Deadliest Season, and also made her film debut in Julia. In 1978, she won an Emmy Award for Best Leading Actress – Miniseries or a film for her role in the Holocaust miniseries, and received her first Oscar nomination for The Deer Hunter. Streep then won the Academy Award for Best Supporting Actress for Kramer vs Kramer (1979), and the Academy Award for Best Actress for Sophie’s Choice (1982) and The Iron Lady (2011).

Streep has received numerous honorary awards. She received the AFI Life Achievement Award in 2004, the Gala Tribute of the Film Society of Lincoln Center in 2008 and the Kennedy Center Honor in 2011 for her contribution to American culture, through the performing arts. President Barack Obama awarded him the 2010 National Medal of the Arts and, in 2014, the Presidential Medal of Freedom. In 2003, the French government appointed her Commander of the Order of Arts and Letters. She received the Golden Globe Cecil B. DeMille Award in 2017.

Author Karina Longworth notes that despite her stardom, Streep has managed to maintain a relatively normal personal life. Streep lived with actor John Cazale for three years until his death from lung cancer in March 1978. Streep related his death