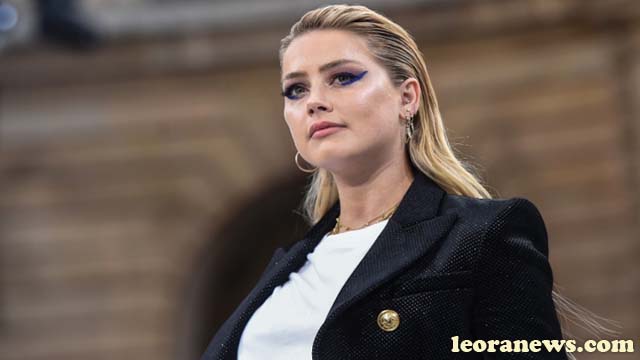 Amber Heard was born April 22, 1986 is an American actress and model. Born and raised in Texas, she made her film debut in a supporting secondary role in the sports drama Friday Night Lights (2004), followed by a series of other small roles in television and film. His first lead role was in the horror film All the Boys Love Mandy Lane (2006), but it was only released in the United States in 2013 due to distribution issues. Her second major role came in the short television series The CW Hidden Palms (2007).

In addition to her acting career, Heard engages in activism for causes such as LGBTQ rights and awareness of domestic and sexual violence. She is an ambassador for the American Civil Liberties Union (ACLU) and has been named champion of human rights for the Stand Up for Human Rights campaign of the Office of the United Nations High Commissioner for Human Rights. From 2015 to 2017, Heard was married to The Rum Diary co-star Johnny Depp. Their divorce drew media attention as Heard alleged that Depp had been physically and verbally abusive to her for most of their relationship. In 2019, he sued her for defamation after reporting in the media that he had been a victim of domestic violence. He claimed that Heard had in fact abused him; Heard denies this and reiterated his allegations.

In a 2008 interview, Heard stated that she was agnostic. She is fluent in American sign language and Spanish. Heard publicly at GLAAD’s 25th anniversary event in 2010, but said, “I don’t identify myself in one way or another – I’ve had successful relationships with men and now a woman .

Heard was in a relationship with photographer Tasya van Ree from 2008 to 2012. In 2009, Heard was arrested in Washington State for the crime of domestic violence, allegedly after grabbing van Ree and hitting his arm. Finally, no charges were laid against Heard. Police legally deleted the arrest files in 2011 after a request, but the King County District Court kept its own files. In 2016, van Ree defended Heard as the incident went public, stating that Heard had been “unjustly” accused and that the incident had been “misinterpreted and overly sensationalist”.

In 2014, Heard was one of the victims of iCloud celebrity photo leaks, in which his private nude photos were hacked and distributed without his consent.