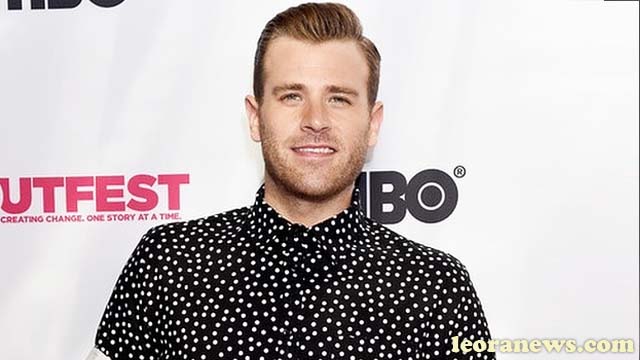 Scott Evans was born September 21, 1983 is an American actor. He is known for playing the role of Police Officer Oliver Fish on ABC’s One Life to Live television series, and the recurring role of Oliver on the Grace and Frankie series. He is the younger brother of actor Chris Evans.

Scott Evans grew up in Sudbury, Massachusetts, the son of Bob Evans, dentist, and Lisa Evans, dancer and later artistic director of the Concord Youth Theater. He has two sisters, Carly and Shanna, and an older brother, actor Chris Evans.

Scott Evans studied theater at New York University. He is openly gay, having come out at the age of 19.

Evans began playing the recurring role of Police Officer Oliver Fish in One Life to Live on January 15, 2008. He then appeared briefly in Guiding Light as Trey in 2008, and played the role of Woody Sage in Law and Order of June 22, 2008: Criminal Intent episode “Betrayed” as well as the role of Ben in the Fringe episode of October 21, 2008 “The Cure”. Evans was also seen as Chad the Mail Clerk in the 2009 movie Confessions of a Shopaholic.

Originally brought to One Life to Live for five episodes, Evans returned for a total of 137 episodes. In July 2009, her character Oliver Fish entered into a romantic relationship with another man named Kyle Lewis. The screenplay gained more attention when Patricia Mauceri, an actress who had played a recurring role on One Life to Live since 1995, was replaced after expressing personal religious objections to her character’s involvement in her screenplay. Fish’s story on One Life to Live was dropped and Scott and Brett were fired in 2010. Evans also had a guest role in the AMC Rubicon series as an American involved in a serious terrorist attack with al-Qaeda .