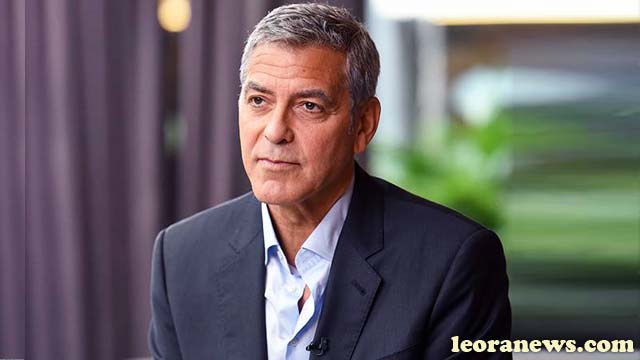 George Clooney was born May 6, 1961 is an American actor, film director, producer, screenwriter and philanthropist. He is the recipient of three Golden Globe Awards and two Academy Awards, one for acting in Syriana (2006) and the other for co-producing Argo (2012). In 2018, he was the recipient of the AFI Lifetime Achievement Award.

Clooney made his acting debut on television in 1978, and later gained wide recognition in his role as Dr. Doug Ross on the medical drama ER from 1994 to 1999, for which he received two Primetime Emmy Award nominations. While working on ER, he began attracting a variety of leading roles in films, with his breakthrough role in From Dusk till Dawn (1996), nd the crime comedy Out of Sight (1998), in which he first worked with director Steven Soderbergh, who would become a long-time collaborator. In 1999, he took the lead role in Three Kings, a well-received war satire set during the Gulf War.

He has been nominated for Academy Awards in six different categories, a record he shares with Walt Disney and Alfonso Cuarón, and with Brad Pitt is one of only two actors to have won both the Academy Awards for Best Supporting Actor and Best Picture. Clooney was included on Time’s annual Time 100 list, which identifies the most influential people in the world, every year from 2006 to 2009. He is also noted for his political and economic activism, and has served as one of the United Nations Messengers of Peace since January 31, 2008. Clooney is also a member of the Council on Foreign Relations

Clooney dated actress Kelly Preston (1987–1989). During this relationship, he purchased a Vietnamese Pot-bellied pig named Max as a gift for Preston, but when their relationship ended, Clooney kept the pig for an additional 18 years until Max died in 2006. He has jokingly referred to Max as the longest relationship he had ever had.

Clooney was married to actress Talia Balsam from 1989 to 1993, Clooney became engaged to British-Lebanese human rights lawyer Amal Alamuddin on April 28, 2014.n August 7, 2014, Clooney and Alamuddin obtained marriage licenses at the Royal Borough of Kensington and Chelsea of the United Kingdom. Alamuddin and Clooney were officially married on September 27, 2014, at Ca’ Farsetti. They were married by Clooney’s friend Walter Veltroni, the former mayor of Rome.

In 2015, Clooney and Alamuddin adopted a rescue dog, a Bassett Hound named Millie, from the San Gabriel Valley Humane Society.