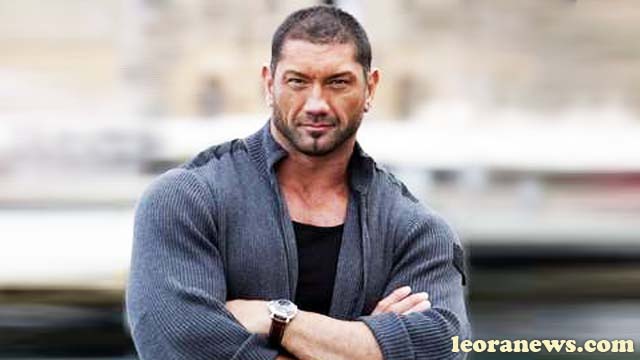 David Michael Bautista Jr. was born January 18, 1969. Dave Bautista is an American actor and former professional wrestler. As a professional wrestler, he is known for his stint in WWE from 2002-2010, in 2014, and a final round in 2018-2019. Outside of wrestling, he is known for his acting career, most notably as the character of Drax the Destroyer in the Marvel Cinematic Universe.

In August 2012, Bautista signed a contract with Classic Entertainment & Sports to fight in mixed martial arts (MMA). He won his only MMA fight on October 6, 2012, defeating Vince Lucero by technical knockout in the first round.

Bautista married his first wife, Glenda, in 1990. They have two daughters together, Keilani (born 1990) and Athena (born 1992), before divorcing in 1998. Bautista married his second wife, Angie, on October 13 1998. They have a son together, Oliver, after divorcing in 2006. Before the age of 40, Bautista already had two grandsons by Keilani. During his marriage to Angie, he became an avid collector of vintage metal lunch boxes. His favorite is the 1967 Green Hornet lunchbox because it has Bruce Lee on it. This collection started when he bought Angie and E.T. lunchbox and she didn’t want to break it, so he bought a second one. In October 2015, he married competitive pole dancer Sarah Jade. The couple separated in early 2019.