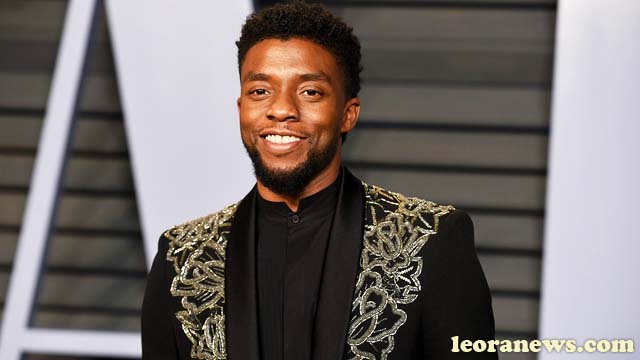 Chadwick Aaron Boseman was born November 29, 1976 – August 28, 2020 known Chadwick Boseman was an American actor and playwright. After studying directing at Howard University, he began working regularly as a screenwriter, director and actor for the stage, winning a Drama League Directing Fellowship and an AUDELCO in Acting, and being nominated. for a Jeff Award as a playwright for Deep Azure.

Moving onto the screen, he landed his first major role as a series regular on Persons Unknown in 2010, and his breakthrough performance came in 2013 as baseball player Jackie Robinson in the biopic 42. He went on to represent historical figures, with singer James. Brown in Get on Up (2014), and as lawyer and future Supreme Court Justice Thurgood Marshall in Marshall (2017).

Boseman gained international fame for playing the superhero Black Panther in the Marvel Cinematic Universe (MCU) from 2016 to 2019. He appeared in four MCU films, including a self-titled 2018 film that earned him an NAACP Image Award for Outstanding Actor in a Motion Picture and a Screen Actors Guild Award for Outstanding Performance by a Cast in a Motion Picture. As the first black actor to headline an MCU movie, he was also named in the 2018 Time 100.

Boseman started dating singer Taylor Simone Ledward in 2015. The two reportedly got engaged in October 2019, and they were then secretly married, as Boseman’s family revealed in a statement announcing his death.

Boseman was raised as a Christian and was baptized. He was part of a church choir and youth group and his former pastor said he still kept his faith. He studied Hebrew and had a good knowledge of the Old Testament and the New Testament. Boseman had said he prayed to be the Black Panther before being cast as a character in the Marvel Cinematic Universe.

In politics, Boseman has supported the When We All Vote campaign, and his last tweet before his death congratulated Kamala Harris on being selected as Joe Biden’s running mate.

Boseman was diagnosed with stage III colon cancer in 2016, which eventually progressed to stage IV before 2020. He has never spoken publicly about his cancer diagnosis, and according to The Hollywood Reporter, “Only a handful of people non-family members knew that Boseman was ill … with varying degrees of knowledge of the severity of the condition. ” During the treatment, involving several surgeries and chemotherapy, he continued to work and completed the production of several films, including Marshall, Da 5 Bloods, Ma Rainey and others.