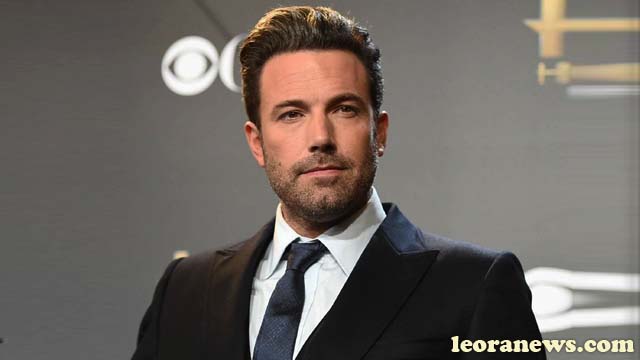 Benjamin Géza Affleck-Boldt known as Ben Affleck born August 15, 1972 is an American actor, director, producer and screenwriter. His accolades include two Oscars and three Golden Globe Awards. He started his career as a child when he starred in the PBS educational series Le Voyage du Mimi (1984, 1988). He went on to appear in the independent coming of age comedy Dazed and Confused (1993) and in various Kevin Smith films, including Mallrats (1995), Chasing Amy (1997) and Dogma (1999).

Affleck gained greater recognition when he and his childhood friend Matt Damon won the Golden Globe and the Oscar for Best Original Screenplay for Writing Good Will Hunting (1997), which they also starred in. He went on to establish himself as a leading man in studio films including the disaster film Armageddon (1998), the war drama Pearl Harbor (2001), and the thrillers The Sum of All Fears and Changing Lanes (both in 2002).

Affleck is the co-founder of the Eastern Congo Initiative, a nonprofit organization based on grantmaking and advocacy. He is also a strong supporter of the Democratic Party. Affleck and Damon are co-owners of production company Pearl Street Films.

Affleck was married to actress Jennifer Garner from 2005 to 2018. They started dating in mid-2004, after forming a friendship on the sets of Pearl Harbor (2001) and Daredevil (2003). They were married on June 29, 2005, in a private ceremony in the Turks and Caicos Islands. Victor Garber, who officiated the ceremony, and his partner, Rainer Andreesen, were the only guests. They announced their separation in June 2015, with Affleck continuing to live in a guesthouse in the family home until mid-2017. They jointly filed for divorce in April 2017 and it was finalized in October 2018. In 2020, Affleck described the divorce as “the greatest regret of my life” and “a painful experience, even though you are in the midst of them. best possible terms and you agree, this is the best choice. “

Affleck, Garner and their daughter Violet obtained a restraining order in 2008 against Steven Burky, Garner’s longtime stalker. Burky was arrested in December 2009 outside their daughter’s preschool. He was charged with two counts of harassment, to which he pleaded not guilty by reason of insanity. In March 2010, he was declared insane, sent to California State Mental Hospital, and ordered to stay away from the Affleck family for 10 years if released.