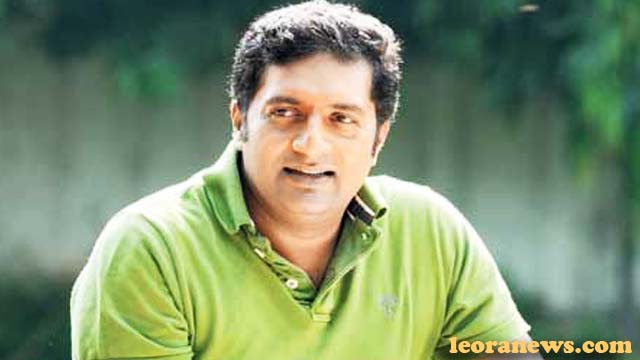 Prakash Raj, born name Prakash Rai is an Indian multilingual film actor, director, producer, television producer, television presenter and politician, known for his work in the film industry of South India and Hindi films. At the beginning of his career, he participated in consecutive theatrical performances for 300 ¤ at the beginning of his career, when he joined Kalakshetra in Bengaluru, and he has 2,000 street theater performances to his credit.

Prakash Raj was born on March 26, 1965 in Bengaluru, Karnataka (then known as the State of Mysore), into a lower middle class family.

His brother is Prasad Rai, who is also an actor. He graduated from St Joseph’s Boys High School in Bangalore and joined the St Joseph College of Business in Bangalore. Prakash Rai changed his last name to Raj based on the advice of the famous Tamil director K. Balachander; he is still called Prakash Rai in his home state, Karnataka.

After working for a few years in the Kannada television industry and Kannada cinema, he made his Tamil cinema debut with K. Balachander’s Duet (1994). He has since been a successful Tamil movie star in commerce. In memory, he named his production company Duet Movies. Prakash has also worked in several Hindi films.

In addition to his mother tongue, kannada, mastery of Tamil, Telugu, Malayalam, Marathi, Hindi and English by Prakash Raj has placed him among the most sought after actors of Indian cinema.

Prakash Raj married actress Lalitha Kumari in 1994. They had two daughters, Meghana and Pooja, and a son, Sidhu. The couple divorced in 2009. Prakash Raj claims he is an atheist.

He married choreographer Pony Verma on August 24, 2010. They have a son, Vedhanth.