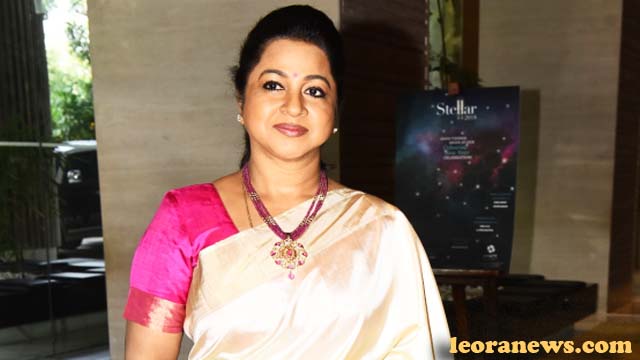 Raadhika Sarathkumar is an Indian actress, entrepreneur and producer who mainly works in Tamil and Telugu cinema. She has also performed in Malayalam, Hindi and Kannada during her career. She is the founder and CP of Radaan Mediaworks India Limited and produces series in most South Indian languages. She won six Filmfare Awards South, two Nandi Awards and three Tamil Nadu State Film Awards.

Raadhika is the daughter of the late Tamil actor and comedian, Mr. R. Radha and Geetha. Raadhika was educated in India and the UK. She has a younger sister Nirosha, who is also an actress, and two younger brothers Raju and Mohan. She also has an older half-brother Radha Ravi.

Raadhika married actor Sarathkumar on February 4, 2001. They were friends before their marriage and had been partnered in two films: Namma Annachi (1994) and Suryavamsam (1997). The couple have a son named Rahul who was born in 2004.

His daughter Rayane married cricketer Abhimanyu Mithun in 2016. Raadhika became a grandmother in 2018 when Rayane gave birth to a son.