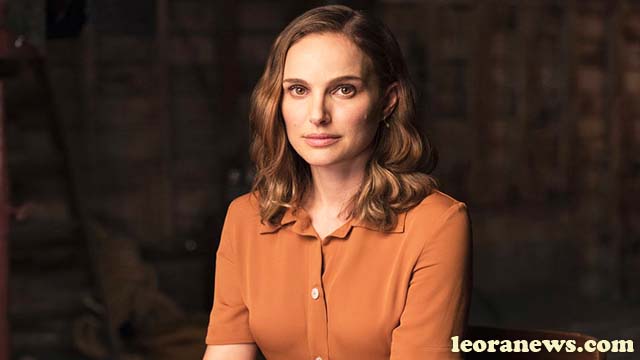 Natalie Portman was born Neta-Lee Hershlag June 9, 1981, is an actress and filmmaker with dual Israeli and American citizenship. Prolific in film since a teenager, she has starred in blockbusters and also played psychologically troubled women in independent films, for which she has received several accolades, including an Academy Award and two Golden Globe Awards.

Portman began her acting career at age 12 by starring as the young protégée of a hitman in the action drama film Léon: The Professional (1994). While in high school, she made her Broadway theatre debut in a 1998 production of The Diary of a Young Girl. The Public Theater’s 2001 revival of Anton Chekhov’s play The Seagull. In 2004, Portman was nominated for an Academy Award for Best Supporting Actress and won a Golden Globe Award for playing a mysterious stripper in the romantic drama Closer.

Portman’s directorial ventures include the short film Eve (2008) and the biographical drama A Tale of Love and Darkness (2015). She is vocal about the politics of America and Israel, and is an advocate for animal rights and environmental causes. She is married to dancer and choreographer Benjamin Millepied, with whom she has two children.

In 2006, she commented that she felt more Jewish in Israel and that she would like to raise her children Jewish: “A priority for me is definitely that I’d like to raise my kids Jewish, but the ultimate thing is to have someone who is a good person and who is a partner.”

In 2010, Portman signed on with Dior and appeared in several of the company’s advertising campaigns. In October 2012, Britain’s Advertising Standards Authority banned a Dior advertisement that featured Portman wearing Dior mascara after a complaint from Dior’s competitor, L’Oreal. The ASA ruled that the photographs of Portman “misleadingly exaggerated the likely effects of the product”.