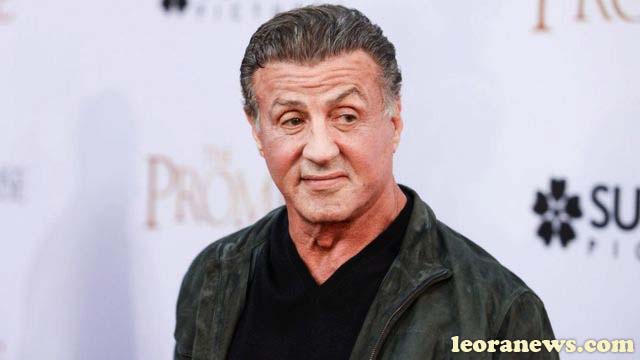 Sylvester Stallone, born July 6, 1946, Michael Sylvester Gardenzio Stallone, is an American actor, screenwriter, director and producer. After making his debut as a struggling actor for a number of years upon arriving in New York in 1969 and later in Hollywood in 1974, he achieved his first critical success as an actor for his role as Stanley. Rosiello in The Lords of Flatbush.

Stallone then found progressive work as an additional or supporting character in films with a large budget until he achieved his greatest critical and commercial success as an actor and screenwriter, starting in 1976 with his role of boxer Rocky Balboa, in the first film of the successful Rocky Series (1976-present), for which he also wrote the screenplays. In the movies, Rocky is portrayed as an underdog boxer who fights many brutal opponents and wins the World Heavyweight Championship twice.

Stallone was the third film actor to be nominated for two Oscars for Best Original Screenplay and Best Actor. Stallone Rocky’s film has been inducted into the National Film Registry and its props have been placed in the Smithsonian Museum. Stallone’s use of the main entrance to the Philadelphia Museum of Art in the Rocky series led to the neighborhood being dubbed the Rocky Steps. Philadelphia has a statue of his character Rocky permanently placed near the museum, and he was elected to the International Boxing Hall of Fame

Stallone is the only actor in American film history to star in a number one box office movie for six consecutive decades.

Stallone has been married three times. At the age of 28, on December 28, 1974, he married Sasha Czack. They had two sons, Sage Moonblood Stallone (1976-2012), who died of heart disease at the age of 36, and Seargeoh (born 1979), who was diagnosed with autism at a young age. The couple divorced on February 14, 1985. Stallone married model and actress Brigitte Nielsen on December 15, 1985 in Beverly Hills, California. Their marriage and subsequent divorce received a lot of media coverage in the tabloid press.

In May 1997, Stallone married Jennifer Flavin, with whom he had three daughters named Sophia, Sistine and Scarlet. Her daughters were chosen to share the role of Golden Globes ambassador at the 74th Golden Globe Awards