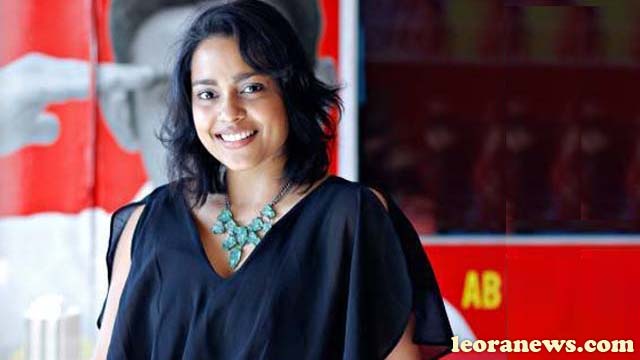 Shahana Goswami is an Indian actress born May 6, 1986. She played in Bollywood films, English and Bengali, based in Paris.

Shahana Goswami was born in New Delhi. She studied at Sardar Patel Vidyalaya, Delhi and Sophia College, Mumbai. Goswami was the captain of the house and the sports champion of her school. She was second in the national artificial wall climbing competition and represented her athletics, badminton, basketball and volleyball school at the zone level. She also completed a 10-year training in Odissi with Guru Padmashri Kiran Segal and traveled extensively and performed with her dance troupe.

Shahana has been focusing on professional acting since childhood. She moved to Mumbai to finish her studies and explore the possibility of becoming an actress. In Mumbai, she made her theater debut with Working Title, by Jaimini Pathak. There, she started as a production assistant and then played in their productions of Seagull and Arabian Nights.

Through her theater circle, she met talent consultant Shaanu Sharma, who asked her to audition for a role in Naseeruddin Shah’s first film, Yun Hota Toh Kya Hota. Subsequently, she came across the small role of Boman Irani’s daughter in Reema Kagti’s Honeymoon Travels Pvt. Ltd.