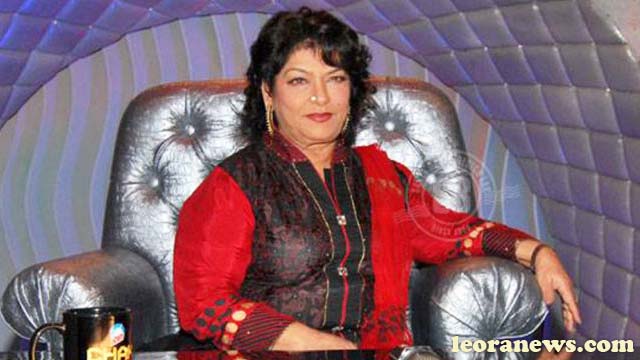 Saroj Khan, name born Nirmala Nagpal; (November 22, 1948 – July 3, 2020) was a leading Indian dance choreographer in Hindi cinema. She was born in the state of Bombay (today Maharashtra), India. With a career spanning over forty years, she has choreographed more than 2,000 songs. She died on July 3, 2020 of sudden cardiac arrest.

]Khan began her career as a child artist at the age of three with the film Nazarana as a baby Shyama, and was a long-distance dancer in the late 1950s. She learned dance by working with the film choreographer B. Sohanlal, whom she married at the age of 13 when he was 43 and was already married with 4 children whom she did not know at the time of the marriage. After their separation,

Saroj Khan married businessman Sardar Roshan Khan in 1975. They were fortunate to have a daughter, Sukaina khan, known to run a dance institute in Dubai. Later, she moved on to choreography, first as an assistant choreographer and later, getting her break as an independent choreographer, with Geeta Mera Naam (1974). However, she had to wait many years to be acclaimed, which came with her work with Sridevi; Hawa Hawai in Mr India (1987), Nagina (1986) and Chandni (1989), and later with Madhuri Dixit, starting with the hit Ek Do Teen in Tezaab (1988), Tamma Tamma Loge in Thanedaar (1990) and Dhak Dhak Karne Laga in Beta (1992). Subsequently, she became one of the most successful choreographers in Bollywood.

In 2014, Khan again worked with Madhuri Dixit in Gulaab Gang. She was on the advisory board of Rishihood University.

In April 2018, Khan made statements defending the practice of couch casting, stating that the film industry provides people with jobs and “does not rape or abandon them.” Following an online backlash, she apologized for her comments.

Saroj Khan was admitted to Guru Nanak Hospital in Bandra, Mumbai on June 17, 2020, due to breathing difficulties, and died of a cardiac arrest at 1:52 am IST on July 3, 2020. She was 71 years old and leaves in mourning his son Hamid Khan and his daughter Sukaina Khan.