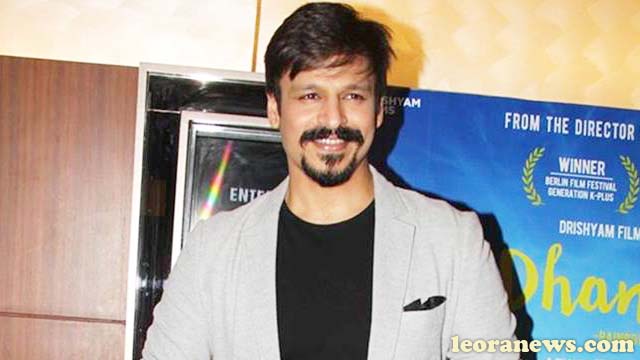 Vivek Oberoi was born September 3, 1976 is an Indian film actor. He made his film debut with Ram Gopal Varma’s Company (2002), which won him two Filmfare Awards.

Vivek Oberoi was born in Hyderabad, Telangana, to a Punjabi father Suresh Oberoi, a veteran Bollywood actor, and Yashodhara Oberoi, who is from a Tamil family. Oberoi continued his education at Mayo College, Ajmer and Mithibai College, Mumbai. During an acting workshop in London, he was spotted by the director of New York University who took Vivek to New York City, where he completed his Masters in Theater. Vivek also worked as a screenwriter in India.

Oberoi’s full given name, Vivekanand, is based on that of the Hindu monk Swami Vivekananda; his father and grandfathers were disciples of the monk. He says he let Anand down when he joined the films out of respect for Vivekananda, as he considered it embarrassing to romanticize and dance onscreen with the monk’s name. Oberoi went out with his Kyun! Ho Gaya Na … co-star Aishwarya Rai. In 2003, Oberoi claimed that Rai’s ex-boyfriend, Salman Khan, had threatened him, and Oberoi and Rai separated soon after.

On October 29, 2010, Oberoi married Priyanka Alva, daughter of Karnataka Minister Jeevaraj Alva, in Bangalore. The couple have a son and a daughter.

He credits Kareena Kapoor with her inspiration for adopting a vegetarian diet.