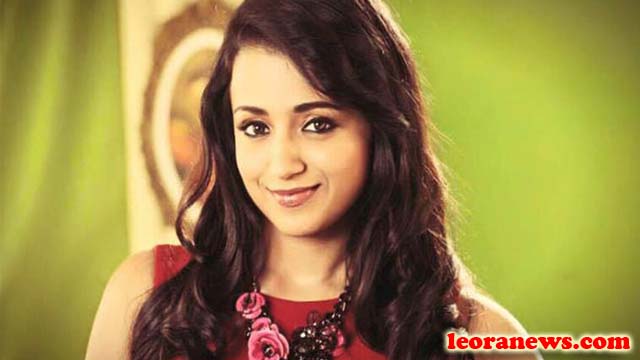 Trisha Krishnan was born on May 4, 1983, known mononymously as Trisha, is an Indian actress and model, who works mainly in South Indian films, where she established herself as a leading actress. She was noticed after winning several beauty contests like the Miss Madras contest (1999), which marked her entrance into the cinema

After starring in the 1999 Tamil Jodi film, she had her first lead role in the 2002 film Mounam Pesiyadhe. She later became famous in the blockbuster films Saamy (2003) and Ghilli (2004) in Tamil cinema and Varsham (2004) in Telugu cinema, for which she won her first South Filmfare Best Actress Award. She won the prize twice more for Nuvvostanante Nenoddantana (2005) and Aadavari Matalaku Ardhalu Verule (2007). In 2010, she made her Bollywood debut at Khatta Meetha. She was seen in her best career performances in Abhiyum Naanum (2008) and Vinnaithaandi Varuvaayaa (2010) for which she won the Vijay Award for Favorite Heroine and was nominated for the Best Tamil Actress Film Award.

Trisha resides in Chennai with her mother and grandmother. Trisha’s father passed away in October 2012. She is fluent in English, Hindi, Tamil and French.

Her mother, Uma Krishnan, had been offered various roles by several Tamil filmmakers and actors, including Kamal Hasaan, but turned them down as she wanted to focus on Trisha’s career. She accompanies Trisha on movie sets, events, and functions, and they have only appeared together in a commercial ad. About her relationship with her mother, Trisha remarks, “She has been the pillar of my strength and has stood by my side like a rock through thick and thin. […] Everyone in the industry and my friends know how close I am. to my mother.”

On January 23, 2015, Trisha got engaged to Varun Manian, a businessman based in Chennai. In May 2015, she confirmed that the couple had ended their engagement.