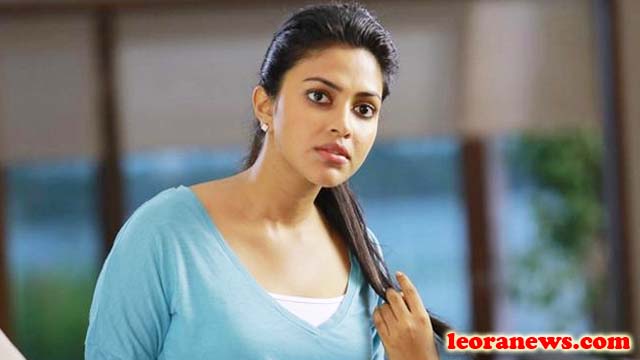 Amala Paul was born on October 26, 1991. She is an Indian actress who works in the South Indian film industry. After playing in supporting roles in the film Malayalam Neelathamara and Veerasekaran in Tamil, she received critical acclaim for portraying a controversial figure in the film Sindhu Samaveli. Despite the failure of this film, Amala made a name for herself after playing the title role in Mynaa, receiving critical acclaim for her work.

Amala was born into a Christian family in Ernakulam, Kerala to Paul Varghese and Annice Paul. Her brother Abijith Paul has also appeared in films following Amala’s entry into the film industry. After graduating from Nirmala Upper Secondary School in Aluva, she took a sabbatical to begin a career in film, but has since joined St. Teresa’s College in Kochi, to pursue a B.A. degree in English. Her father had been strictly against Amala pursuing an acting career, but was forced to come to terms with her decision with her brother, Abijith Paul, firmly supporting her ambition. She later claimed that she had the performing arts in her, revealing that her mother was a singer and her father did theater in college.

Amala had changed her onscreen name to Anakha, at the insistence of director Samy, who cited that another actress, Amala, had already made her name popular. However, after the failure of her 2011 film Sindhu Samaveli, she reverted to her birth name as she felt the replacement had brought her bad luck.

As early as 2011, while Amala was working on Deiva Thirumagal, she was romantically linked to director A. L. Vijay, but denied the couple were dating. On June 7, 2014, she got engaged to Vijay in Aluva in Kochi. The couple were married on June 12, 2014 to Mayor Ramanathan Chettiar Hall, Chennai. In 2016, Amala and Vijay filed for divorce due to a disagreement between her and her in-laws over continuing her acting career. They got the divorce in 2017.

In January 2018, Amala was arrested for tax evasion. An investigation by the criminal branch had revealed that she had registered her luxury car in Pondicherry with false documents. The case was later dismissed citing jurisdictional issues.

In January 2020, Amala’s father, Paul, passed away from cancer.