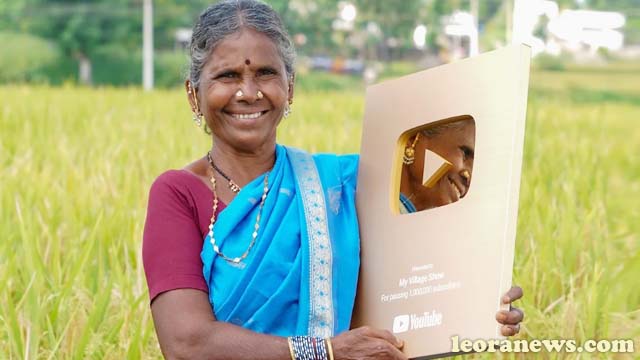 Milkuri Gangavva is an Indian YouTube personality and actress. She worked as a farm worker before becoming popular on YouTube. Gangavva is known for its diction of the Telangana dialect of the Telugu language. In 2020, she took part in the Telugu reality show Bigg Boss 4 as a contestant.

Milkuri is from Lambadipally village in Jagitial district, Telangana state. No record exists of his date of birth. She received no formal education as she dropped out during her first year. She got married at the age of five. She had four children, three daughters and a son, including a deceased daughter.

She worked in agriculture and rolled cigarettes before venturing to YouTube in 2016. She was approached by her son-in-law Srikanth Sriram to present her My Village Show channel which emphasizes village culture and rural life in Telangana. She started out with guest appearances before acting full-time from 2017.

Gangavva’s unique diction of the Telangana dialect made her popular among the Telugu people. In 2019, She made her Telugu film debut with Mallesham and later that year she also appeared in iSmart Shankar.

In 2020, on the occasion of International Women’s Day, She received the Women Achiever Award from Tamilisai Soundararajan, governor of Telangana.