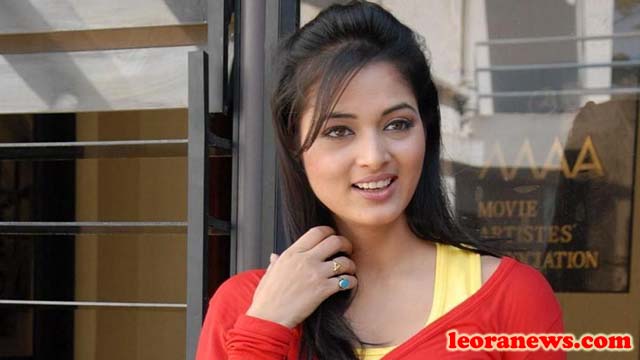 Vidisha Srivastava, known as Vidisha, is an Indian actress and model appearing in South Indian films, mainly in Telugu.

Vidisha Srivastava is from Uttar Pradesh. She has an older brother and a younger sister, Shanvi Srivastava, who is also an actress in South Indian films. She has a degree in biotechnology and a business management course.

Vidisha Srivastava always wanted to be an actor but started modeling. She made her film debut at age 19 in Maa Iddari Madhya of SP Entertainments. In 2007, she had three releases in early 2007, Alaa, Prem and Athili Sattibabu LKG of E. V. Satyanarayana, whose Athili Sattibabu LKG was a success. Oneindia in her magazine Alaa wrote that Vidisha “was beautiful and she is the only saving grace to add to the movie the glamorous quotient of the film”. About her performance in Athili Sattibabu LKG, Sify wrote: “Vidisha is superb in dance sequences and has proven herself as a good dancer, and she has enough room to show off her talents.” Similarly, Indiaglitz wrote: “Vidisha had performed well, in addition to filling the niche of glamor”.

Later in 2007, she made her debut at Kannada in Nali Naliyutha. The Times of India wrote: “Vidisha is a perfect choice for this role,” while Rediff wrote that she “has not yet learned what acting is, even if it looks glamorous.” Her first Tamil film was Kathavarayan, released in 2008, and her first Malayalam movie, Lucky Jokers, released in 2011. She returned to the Telugu cinema in 2012 with Devaraya and 123telugu.com wrote that she was good and is taking care of of her projects. “She also worked in a Kannada film, Viraat.