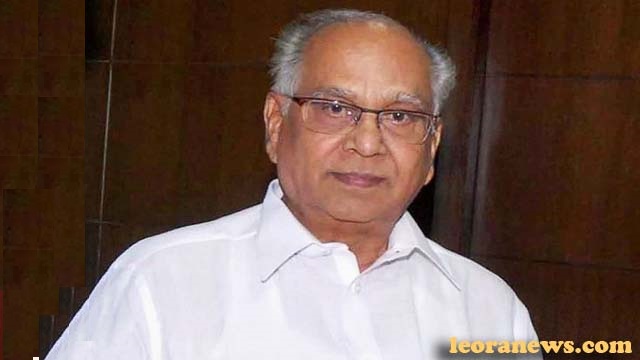 Akkineni Nageswara Rao (September 20, 1924 – January 22, 2014), known as ANR, was an Indian film actor and producer, known for his work mainly in Telugu cinema. He has starred in many landmark films over his seventy-five year career, becoming one of the most prominent figures in the history of Indian cinema. He is considered one of the most important and successful actors in Indian cinema. In the early 1960s, he was one of the actors in the transfer of the Telugu cinema industry from Madras to Hyderabad. He founded Annapurna Studios in 1975 to provide infrastructure support to the Telugu film industry in Hyderabad. In 2011, he then founded the Annapurna International Film and Media School at Annapurna Studios.

Akkineni Nageswara Rao was born on September 20, 1924 to a lower middle-class family in Ramapuram, Krishna district, Andhra Pradesh. He was the youngest of five brothers. His parents, Akkineni Venkatratnam and Akkineni Punnamma, belonged to the farming community. His formal education was limited to primary school because of his parents’ poor economic situation.

Since the age of 10, he has entered the world of fine arts through theater. He became a renowned theater actor, specializing in the game of female characters, because at that time, it was forbidden for women to play. His most famous roles have been in some of the most famous dramas of the day: Harishchandra, Kanakatara, Vipranarayana, Telugu Talli, Aasajyoti and Satyanveshanam. The turning point of his career came when Ghantasala Balaramaiah, a leading film producer at the time, discovered him by chance at the Vijayawada station. He was chosen to interpret the leading role of Rama in Seeta Rama Jananam. It was after his debut in a supporting role in the film Dharmapatni.

The ANR married Annapurna Kollipara on February 18, 1949. He repeated several times that we were indebted to him and his family for accepting the match. This is the main reason why he named most of his businesses. They had 5 children together and 11 grandchildren, most of whom are actively involved in films and in his business projects.

On October 19, 2013, a stomach cancer was diagnosed at the ANR. He continued shooting for his latest film, Manam, two weeks after a major laparoscopic operation, which some doctors feared he would not survive. He had often said that he wanted to act until his death, and Manam proved it. His last public appearance took place during the celebrations of January 14, 2014, the day of Annapurna Studios’ founding. Akkineni died a week later, on January 22, 2014. He was cremated on January 23, 2014 at Annapurna Studios with all the honors he received. greet. Thousands were present to pay their last respects.