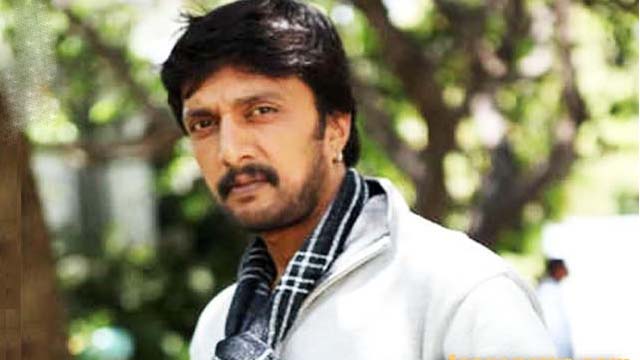 Sudeep Sanjeev, better known by the pseudonym Sudeep or Kichcha Sudeep, is an Indian actor, director, producer, screenwriter and presenter, who works mainly in Kannada cinema, and participates in a handful of Telugu, Hindi and Tamil.

He won the Filmfare Award for Best Actor – Kannada for three consecutive years for his films Huchcha, Nandhi and Swathi Muthu. Since 2013, he has hosted the reality show Bigg Boss Kannada.

He was born in Sanjeev Manjappa and Saroja in Shimoga in Shimoga District, Karnataka. The family had emigrated to Shimoga from Narasimharajapura. He earned a Bachelor’s degree in Industrial Engineering and Production from Dayananda Sagar College of Engineering in Bangalore. He represented college in under-17 and under-19 cricket. He attended the Roshan Taneja actors’ school in Mumbai, where he overcame “shyness”.

He is the captain of the Karnataka Bulldozers cricket team that participates in the Celebrity Cricket League.

He met Priya Radhakrishna in Bengaluru in 2000 and they married in 2001. Priya worked in an airline and then in a bank before their marriage. Saanvi, their only son, was born in 2004. In 2013, He launched Stage 360 ​​°, an event management company, in which his wife took an active part. The couple separated in September 2015 and reconciled