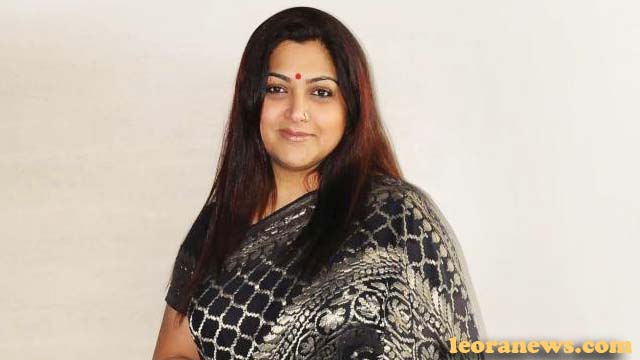 Khushbu Sundar is an Indian actress, producer and television presenter who has appeared in more than 200 films. She is best known for her work in the South Indian film industry. She has received five Tamil Nadu State Film Awards for Best Actress and a Kerala State Film Award – Special Mention.

Khushbu Sundar  began his career as a child artist in the Hindi film The Burning Train (1980) in the song “Teri Hai Zameen Tera Aasman”. Between 1980 and 1985, as a child artist, she directed Hindi films such as Naseeb, Laawaris, Kaalia, Dard Ka Rishta, Bemisal and various others.

Khushbu Sundar was introduced to South Indian screens through Telugu film Kaliyuga Pandavulu (1986), opposite Venkatesh. After that, she moved to Chennai and started focusing on Tamil and other film industries in South India. She has appeared in more than 150 films after moving to the South.

Khushbu is married to actor, director and producer Sundar C. They have two daughters, Avanthika and Ananditha, who then named their production company, Avni Cinemax. She has lived in Chennai for over 34 years now.

At its height, Khushbu was the main actress of Tamil cinema. She became the first Indian actress for whom her fans built a dedicated temple.

Mr. Khushbu joined the Indian National Congress on November 26, 2014 after meeting with President Sonia Gandhi and Vice President Rahul Gandhi. She is currently the national spokesperson for the INC.