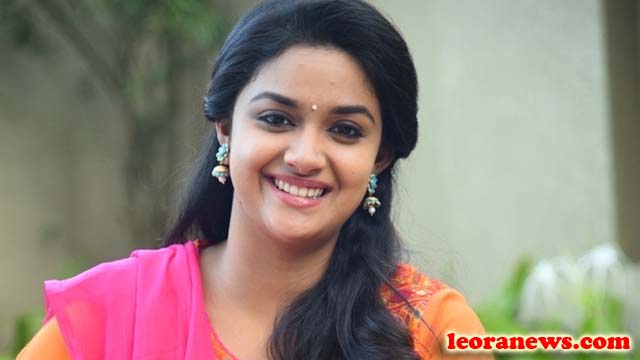 Keerthy Suresh was born on 17 October 1992. She is an Indian film actress who appears in Tamil, Malayalam and Telugu films

She is the daughter of Malayalam producer Suresh Kumar and Malayalam actress Menaka. Keerthy began as a child actress in the early 2000s and returned to lead roles after completing fashion design training. She played her first role in the 2013 Malayalam film, Geethaanjali, and has also made films in Tamil and Telugu. His second film Malayalam was Ring Master directed by Raffi with Dileep in the male lead role.

Keerthy Suresh was born to Suresh Kumar, a Malayalam director, and Tamil actress Menaka, who belongs to a conservative Tamil family. She has an older sister, Revathy Suresh, who works as a VFX specialist and has worked for Red Chillies, Shahrukh Khan’s production company. Until the fourth grade, Keerthy was educated in Chennai, Tamil Nadu. She then studied in Kendriya Vidyalaya, Pattom, Thiruvananthapuram before returning to Chennai to join the Pearl Academy, where she graduated in fashion design. She also spent four months in an exchange program in Scotland before completing a two-month internship in London. Despite her career as an actress, she said she “seriously considered a career in design.”