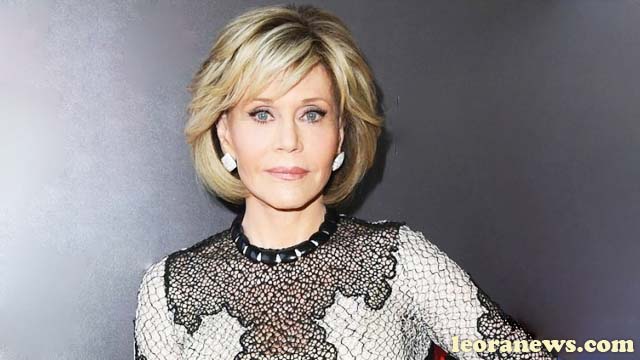 Born to actor Henry Fonda and socialite Frances Ford Seymour, Fonda made her acting debut with the 1960 Broadway play There Was a Little Girl, for which she received a Tony Award nomination for the best star actress in a play, and made her screen debut later that year with the romantic comedy Tall Story. It gained importance in the 1960s with films such as Period of Adjustment (1962), Sunday in New York (1963)

Fonda was a visible political activist in the era of the counterculture during the Vietnam War. She was photographed seated on a North Vietnamese anti-aircraft gun during a 1972 visit to Hanoi, during which she acquired the nickname “Hanoi Jane”. Meanwhile, she was effectively blacklisted in Hollywood. She also protested the war in Iraq and violence against women, and describes herself as a feminist and environmental activist. In 2005, with Robin Morgan and Gloria Steinem, she co-founded the Women’s Media Center, an organization that works to amplify women’s voices in the media through advocacy, media and leadership training, and creation original content. Fonda sits on the organization’s board of directors.

Jane Fonda has been married and divorced three times. She married her first husband, French director Roger Vadim, on August 14, 1965 at the Dunes Hotel in Las Vegas. The couple had a daughter, Vanessa Vadim, born September 28, 1968 in Paris and named after actress and activist Vanessa Redgrave.

onda married her third husband, cable television tycoon and founder of CNN Ted Turner, on December 21, 1991, on a ranch near Capps, Florida, about 20 miles east of Tallahassee. The couple divorced on May 22, 2001 in Atlanta.

In 2009 Fonda started a relationship with record producer Richard Perry. It ended in 2017.