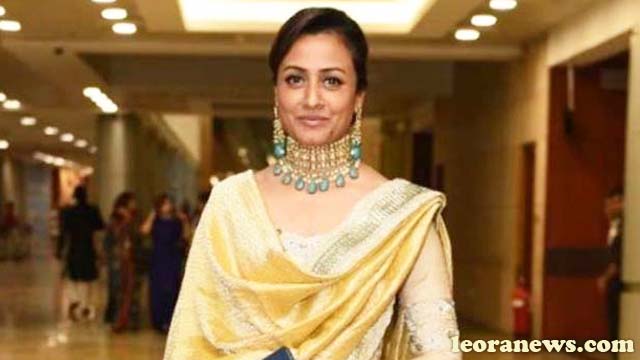 Namrata Shirodkar was an Indian actress, producer and former model known for her works in Bollywood. She was awarded the Femina Miss India in 1993. She is best known for her works in films such as Kachche Dhaage (1999), Ezhupunna Tharakan (1999), Vaastav: The Reality (1999) and Pukar (2000), for which she was nominated for the IIFA Award for Best Supporting Actress, Astitva (2000), Dil Vil Pyar Vyar (2002), LOC Kargil (2003) and the cross-cinema Bride and Prejudice (2004), which was a success abroad, especially in the UK. She married Telugu actor Mahesh Babu on February 10, 2005, and the couple have a son and a daughter.

Namrata Shirodkar was born on January 22, 1972 in a Maharashtrian family of Goa origin. She is the older sister of actress Shilpa Shirodkar and the granddaughter of Marathi actress Meenakshi Shirodkar, who starred in Brahmachari (1938).

In 2000, Shirodkar met Telugu film actor Mahesh Babu on the sets of their movie Vamsi. They started dating soon after filming was over. They were married on February 10, 2005 at JW Marriott Mumbai Juhu while filming Athadu. Shirodkar now lives in Hyderabad with her husband. Their first child, a boy named Gautam Krishna Ghattamaneni, was born on August 31, 2006. Their second child, a daughter Sitara Ghattamaneni, was born on July 20, 2012.