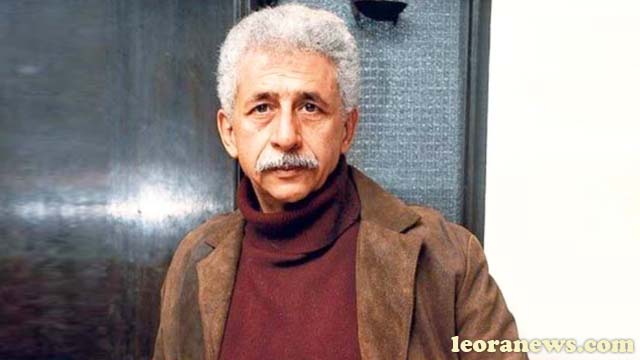 Naseeruddin Shah was born July 20, 1950 is an Indian film and theater actor and director in the Hindi film industry. It is remarkable in Indian parallel cinema. He has won numerous awards during his career, including three National Film Awards, three Filmfare Awards and an award at the Venice Film Festival. The Indian government has awarded him the Padma Shri and Padma Bhushan awards for his contribution to Indian cinema.

Naseeruddin Shah was born in the town of Barabanki in Uttar Pradesh to a Muslim family originally from Meerut.

Shah was educated at St. Anselm’s Ajmer and St Joseph’s College, Nainital. He graduated in arts from Aligarh Muslim University in 1971 and attended the National School of Drama in Delhi.

In the 1970s, Shah met and fell in love with Ratna Pathak, the daughter of Dina Pathak, a much respected actress. Ratna’s sister, actress Supriya Pathak, is married to actor Pankaj Kapoor, who is Shahid Kapoor’s father through his first marriage. During the 70s and 80s, Naseeruddin Shah and Ratna Pathak starred in several films including Mirch Masala and The Perfect Murder. They lived in a residential relationship for many years as Shah gathered the required mehr to divorce Manara. Shah and Pathak were finally married in 1982. By his second marriage, Shah has two sons, Imaad and Vivaan, both of whom are aspiring actors. The couple live in Mumbai with Heeba, Imaad and Vivaan.