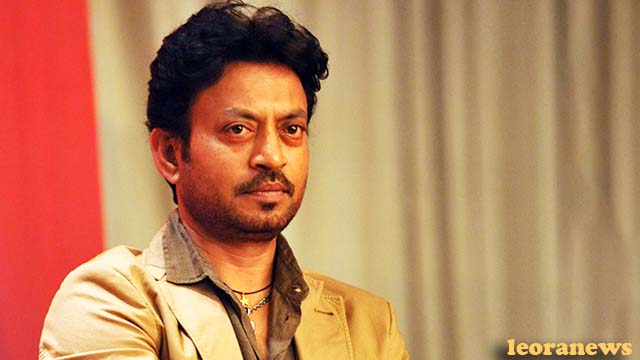 Sahabzade Irfan Ali Khan was born on January 7, 1967, also considered a simple Irrfan Khan. He is an Indian actor, known for his work mainly in Hindi cinema, as well as for his British and Hollywood films. In almost thirty years of film career and more than fifty national films, Khan has received numerous awards, including a National Film Award and Filmfare Awards in four categories. Film critics, contemporaries and other experts consider him one of the best actors in Indian cinema for his versatile and natural game. In 2011, he received the Padma Shri, India’s fourth highest civilian honor for his contribution to the arts.

Irrfan Khan was born in Jaipur, Rajasthan, into a Muslim Pathan family. Khan’s mother, Begum Khan, belonged to the Tonk Hakim family and his father, the late Jagirdar Khan, was originally from the village of Khajuriya, near Tonk District, and ran a tire business. Irrfan was good at cricket, having been selected for the CK Nayudu tournament (for emerging players under 23, a springboard to first-class cricket). He did not show up for the tournament due to lack of funds.

Irrfan Khan was doing his master’s degree when he was awarded a scholarship to study at the National School of Drama (NSD) in New Delhi in 1984.

On February 23, 1995, Khan married Sutapa Sikdar, a writer and NSD graduate. They have two sons, Babil and Ayan.

Sikdar says about him, “He was always focused, I remember when he came home, he would go straight to the bedroom, sit on the floor and read books. trailed in gossip. ” Even now, while reading at least one new Hollywood script per week, he believes it’s good to do homework, stay up until 3 am, take notes and try to understand how to play his character. Sikdar remembers how he would require up to 11 rewrites from him when he made episodes of Banegi Apni Baat. “Once, he dragged me to a police station in Mumbai to understand the procedure,” she recalls. In 2012, he changed the spelling of his name from “Irfan” to “Irrfan” and said he liked the sound of the extra “r” in his name.

In February 2018, Khan was diagnosed with an “undisclosed illness” and many media speculated that he was suffering from “brain cancer”. After much speculation, the actor went to his Twitter account and announced that he would “share his story” in “a week – ten days” and asked the media and fans not to “speculate” anything. On March 16, 2018, Khan announced via Twitter message that he was suffering from a neuroendocrine tumor. He went to London for treatment.